Code 21( 2 short,1 long beep)- Is indicating that the batteries are either discharged or faulty.

Set your test meter to the 50 volt DC scale and insert the two test leads into the charger port on the battery box.

Code 22 (2 short,2 long)- Is telling us that there is a stuck relay in the controller. Cycle the key on and off 5 times rapidly. If the code is still present, replace the controller.

TO REPLACE THE CONTROLLER

3.      Grasp the yellow release handle and lift. The rear section will roll onto its back bumper.

4.      Separate the front from the back sections.

5.      Remove 4 Phillips head screws and lift the rear shroud to gain access to the controller.

Code 24 (2 short,4 long)- Indicates a short circuit. With your multimeter set on the ohms function, or if it has a “tone with continuity” feature, check that the harness wires have continuity from front to back, and that they are not shorted to each other.

Replace the controller as outlined in Code22.

TO REPLACE THE PCB

1.     Tilt the tiller forward for easier access to the underside of the console.

3.     Lift the lid off the tiller. Note that several plugs have the same colored wires.   Unplug one connector at a time from the old PCB and plug it into the new PCB to avoid having the new PCB wired incorrectly.

4.     When the connectors are all transferred, dismount the old PCB and mount the new one in its place.

5.   Reinstall the console to the tiller.

2.     Remove the motor plug from the controller.

3.     With your ohmmeter set in the 200 ohms function measure the brake resistance at the plug. You should measure between 40 and 70 ohms. (brake must be set in the “drive” position). If there is less than 40 ohms, or no reading at all, then the brake is defective.

Since the brake/motor/transaxle is sold as one assembly, the whole motor/transaxle must be replaced. Remove the mounting bolts that hold the transaxle to the chassis. Lift out the old transaxle and replace with the new one. Install the bolts and tighten securely. 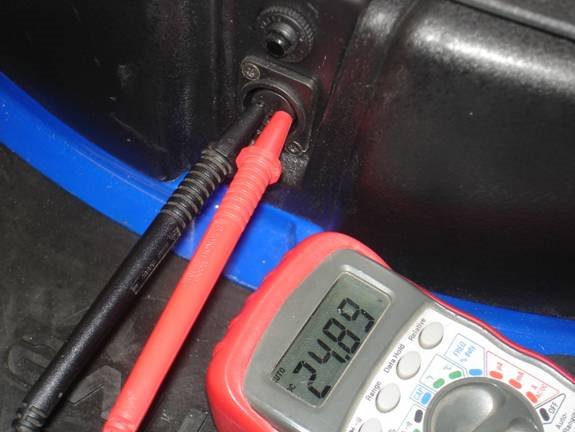 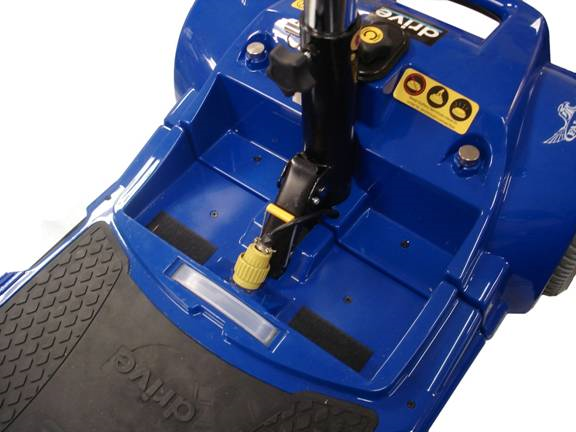 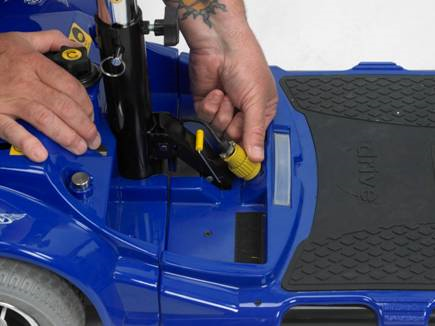 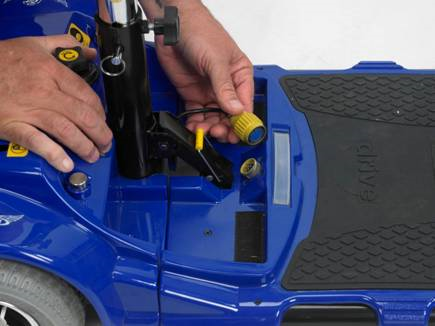 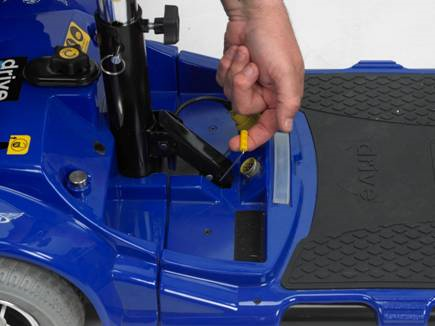 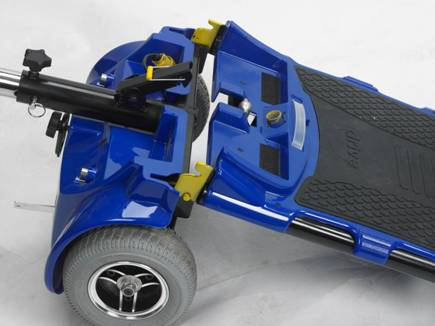 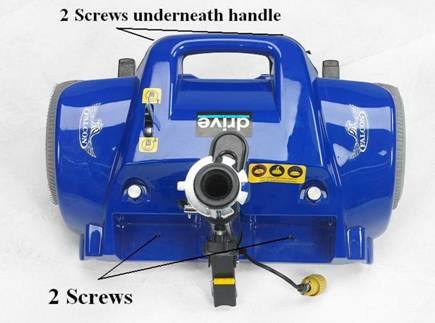 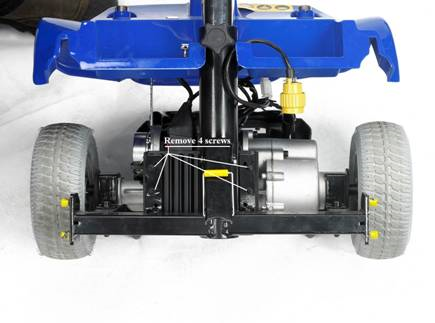 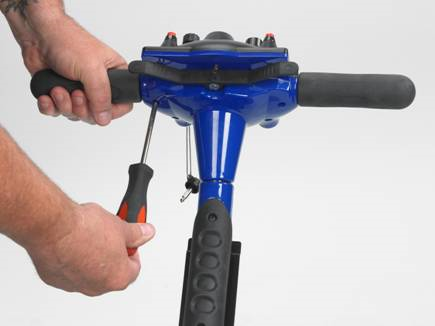 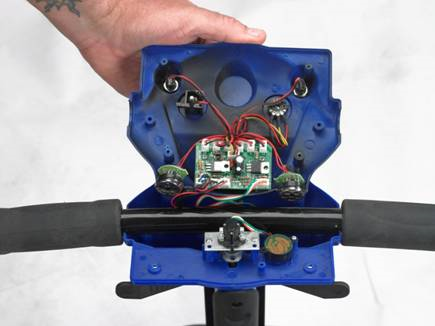